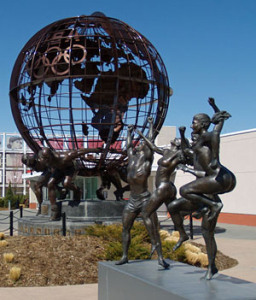 It was announced on Monday, March 3, 2014 that The Steadman Clinic, along side The Steadman Philippon Research Institute will be one of two National Medical Centers within the United States Olympic Committee’s (USOC) National Medical Network. The U.S. Olympic Committee’s goal is to establish a uniform database for Olympic athletes to better manage treatment and rehabilitation.

The Steadman Clinic and The Steadman Philippon Research Institute (SPRI) are both dedicated to keeping people active through orthopedic research – focusing on causes, prevention and treatment of all orthopedic disorders. Founded by Dr. Richard Steadman in 1988, the research completed at SPRI has led to many of the physicians at The Clinic becoming pioneers and thought leaders in the field of orthopedics.

The partnership between The Steadman Clinic, SPRI and the USOC will serve as a catalyst to continue in keeping active people active everyday.