Do you have a painful bump on the joint at the base of your big toe? If so, you may have a bunion. Lapiplasty 3D Bunion Correction™ is a new, innovative surgical technology that moves the entire toe back into its proper anatomical position and corrects the bunion. The bones are secured with surgical plates, which stabilizes the bone. Doctor Thomas Haytmanek specializes in Lapiplasty® 3D Bunion Correction™ surgery for patients in Vail, Aspen, and the surrounding Denver, Colorado communities who require bunion surgery. Contact Dr. Haytmanek’s team today! 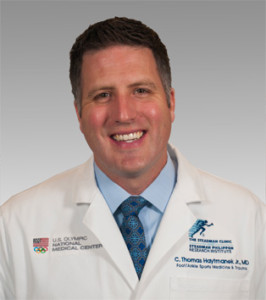 What is a bunion?

A bunion is a painful bump that forms on the joint at the base of the big toe. The word bunion comes from the Latin word for “bump.”  Bunions occur when the architecture of the foot changes and the space between the first and second metatarsals widens. Overtime, fluid-filled sacs that surround and cushion the joint (called bursa) become inflamed, causing pain around the joint, typically worse with shoe wear. Bunions can be an inherited trait and may also be triggered by poorly fitting shoes. A common misconception about bunions is the belief that the protruding joint is a simple overgrowth of bone that can be surgically cut or shaved off. Bunions are actually a deformity of the joint, causing the bones to misalign, rather than an overgrowth. An unstable joint, typically the first tarsometatarsal joint, in the middle of the foot can allow for rotation of the metatarsal, thus causing a bunion. 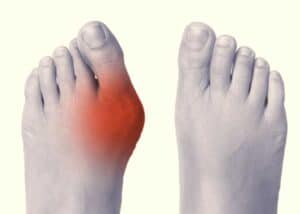 What is the Lapiplasty® Procedure?

Lapiplasty® 3D Bunion Correction™ is an innovative surgical technology, designed to move the entire first metatarsal back into normal alignment while stabilizing the joint with surgical plates. This new treatment option addresses the cause of the bunion, more than simply removing the bump. The advanced fixation technology secures the problematic toe in place and allows patients to walk in a protective boot about 2 weeks after surgery. 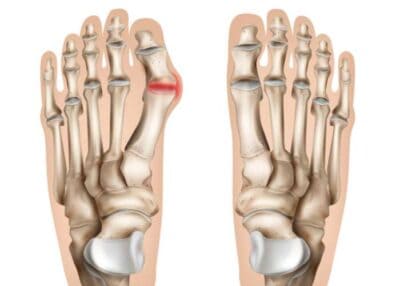 How is the Lapiplasty® Procedure different from traditional bunion surgery?

Traditional methods for treating bunions included a procedure called a bunionectomy, where part of the protruding bone was cut or shaved off. The next iteration of the procedure involved an osteotomy, or cutting the bone followed by a lateral shifting to realign the toe. The patented Lapiplasty® Procedure uses a specially designed instrumentation that rotates the protruding bone back into its correct anatomical position. The procedure straightens the toe and narrows the foot, removing the “bump” while restoring full function of the toe without pain by aligning the small bones under the big toe—the sesamoids. The bone is secured into this correct position using special titanium plates, unique to Lapiplasty®. Dr. Thomas Haytmanek specializes in Lapiplasty® 3D Bunion Correction™ for qualifying patients in Vail, Colorado and surrounding Eagle and Summit counties.

Can I have Lapiplasty® if I am diabetic?

Diabetes can influence the way your body heals after surgical procedures. Diabetic patients with well controlled blood sugar levels may still be candidates for Lapiplasty® 3D Bunion Correction™. It is important to talk to Dr. Haytmanek and his team to determine if you are a candidate for this innovative procedure.

How long is the recovery after Lapiplasty® 3D Bunion Correction™?

One of the biggest advantages of Lapiplasty® is the quick recovery. Patients are allowed early weight-bearing due to the stabilization allowed by the anatomically shaped titanium plates, placed to correct the foundation of the foot and toe.  Typical recovery involves 2 weeks of non-weight bearing in a splint.  Patients then return to the office, where sutures are removed and patients receive a protective boot.  Typically, patients are allowed to walk in the boot until 6 weeks after surgery.  A x-ray is obtained at 6 weeks and most patients are transitioned back into normal shoe wear.  Full recovery with activities such as running and jumping can take 4-6 months. 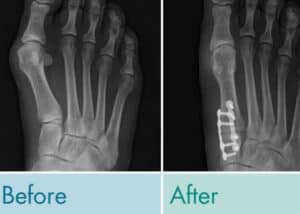